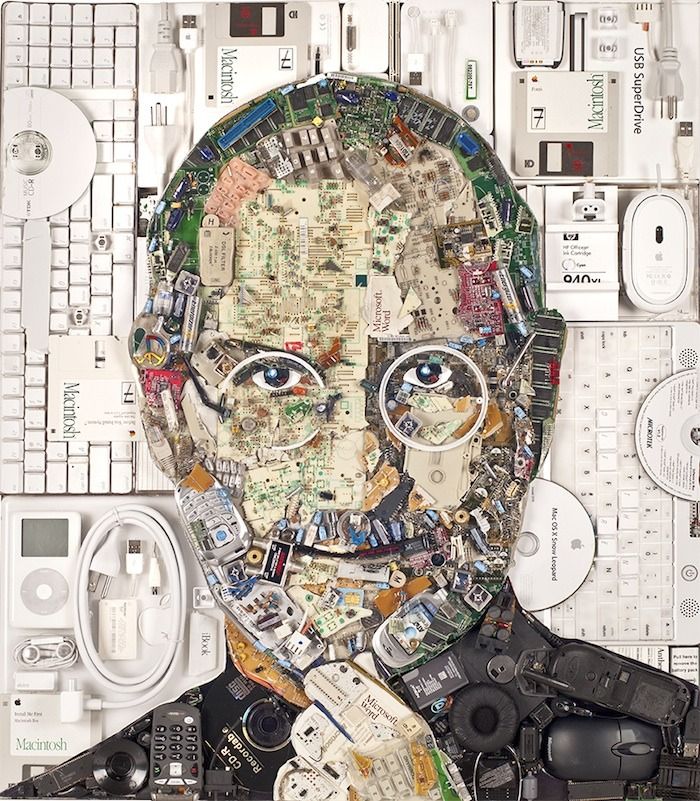 What do you do with your old electronics? Throw them out? Donate them? Sell them? San Francisco artist Jason Mecier does the unexpected: he uses old electronic “junk” to create amazingly textured mosaics. His work is the perfect example of mosaic art in the 21st century: using broken, fragmented pieces of our everyday lives as a form of artistic expression. 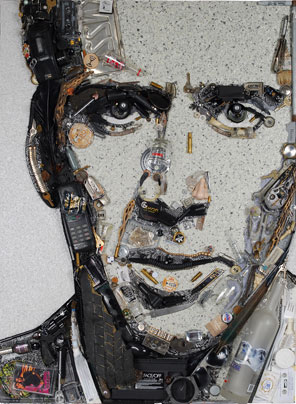 Jason Mecier is a San Francisco based artist who specializes is in mosaics made out of junk. We’ve written about artists making mosaics out of garbage in the past, but there’s a lot to take in with Mecier’s work. You can explore various pieces on his unique, somewhat bizarre, website. You’ll also find that Mercier doesn’t limit his medium to simply “junk;” his online gallery displays a wide variety of mosaics using candy, pharmaceuticals, yarn, and more. He’s been quoted stating that each piece of work can take “At least fifty hours, but many take much, much longer.”

Mecier’s mosaics remind me of a local Philadelphia artist named Isaiah Zagar whose work can be found peppered throughout the South Philadelphia area. It’s quite a spectacle to stumble onto a work of art on the street, but that’s not hard to do in Philly. I wonder if the streets of San Francisco will ever be emblazoned by Mecier’s wonderful mosaics.