I’ve posted about artists who re-work classic pieces of art with a fresh perspective, breathing new life into images we’ve surely seen dozens of times. I especially like it when artists incorporate mosaics into their approach. Nick Smith is a London-based visual artist and interior designer who focuses mostly on screen printing and has most recently created a series of work using Pantone color swatches. 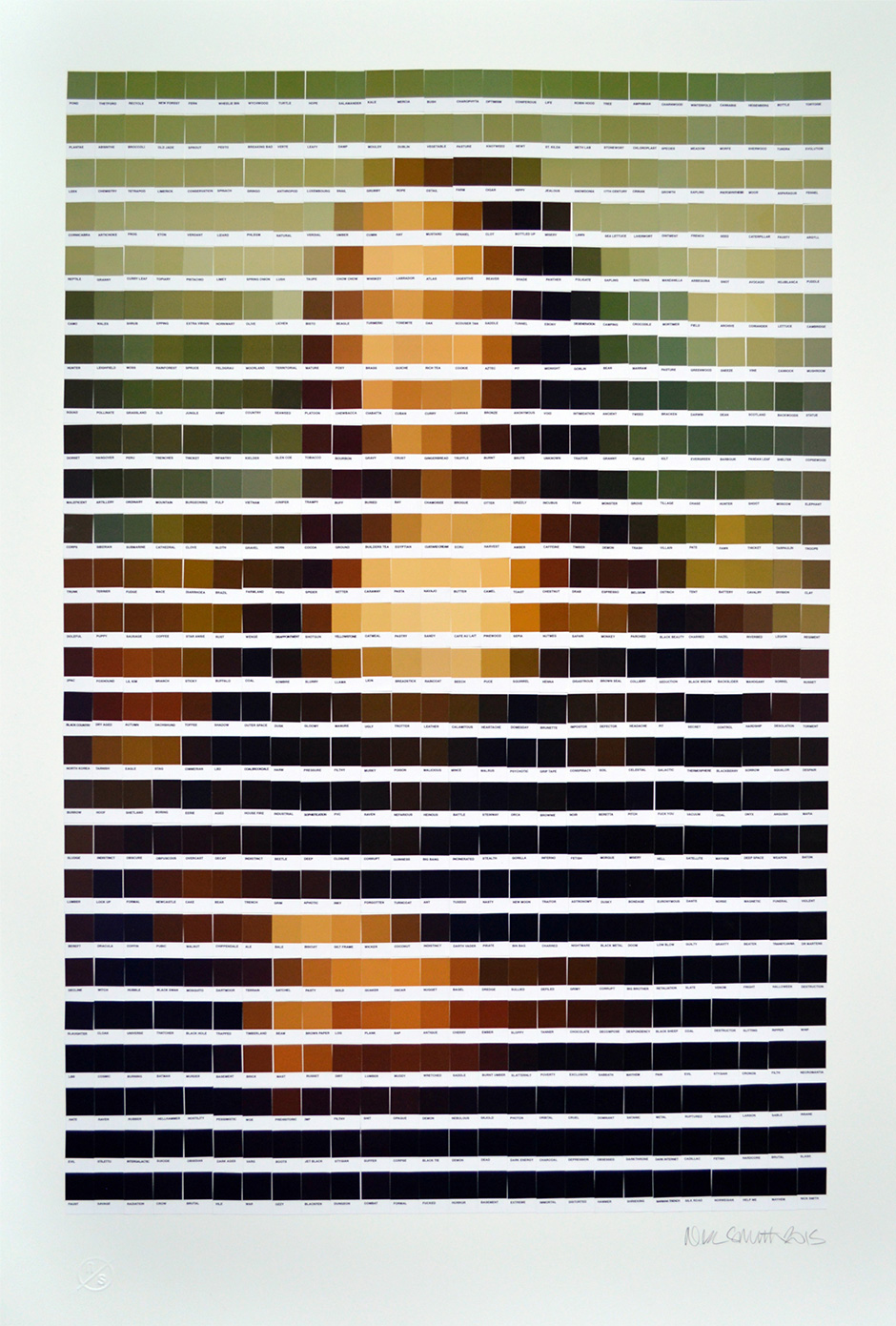 Smith’s work is currently showing at the Lawrence Alkin Gallery in London, his show is called Psycolourgy. The show will run from January 23, 2015 through February 21, 2015. Is it coincidence that the show is running right around Pantone’s Color of the Year announcement? Maybe, maybe not. Either way, I’m loving these mosaics. The rigid edges of the color swatches give each piece a very modern look and feel; sterile, but in a good way. Unfortunately, being based in the USA, I’m unable to make it to Smith’s show. If you’re in or around London, be sure to check it out! 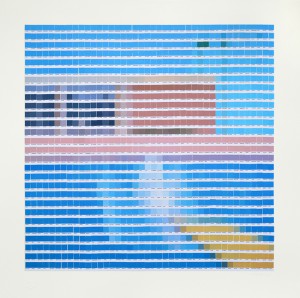 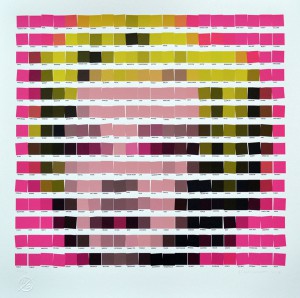