To celebrate Steve Nash’s induction into the Ring of Honor, the Phoenix Suns rallied support from fans by utilizing our Online & Social Interactive Photo Mosaic Platform. Fans submitted their photos and comments through their device, Facebook or Instagram profile, or through a Twitter/Instagram post with #NashROH. With an outstanding track record, it’s no surprise that Nash was able to garner so much support from Suns fans nationwide. 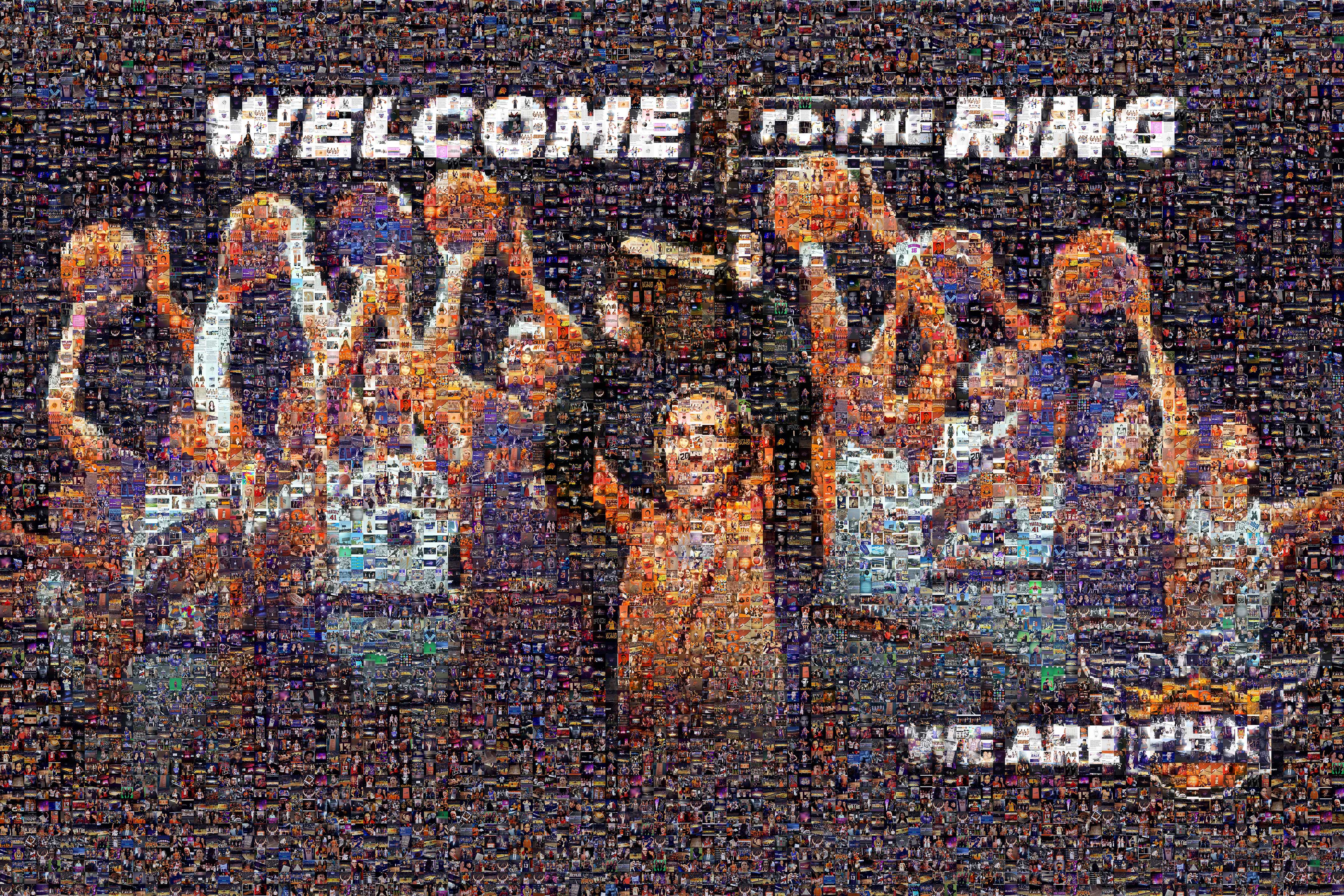 The #NashROH Mosaic was the perfect way to channel the fans’ energy into an engaging, interactive event. Users could explore through the thousands of photos submitted to the online photo mosaic, read their caption, and share them through Facebook and Twitter. The mosaic was a massive success and a heartwarming show of support for one of the NBA’s finest point guards. Some fans even took it upon themselves to create their own photo mosaics using their favorite photos from Suns games. The completed mosaic print was unveiled at Nash’s induction ceremony during halftime of the Suns/Trailblazers game on October 30th, check out the video below.