I’ve always found photo mosaics to be the perfect example of where art and technology work hand in hand. New York artist Michael Mapes takes a very scientific approach to his art, particularly in his series Human Specimens, where photographs are dissected and methodically reassembled to resemble a scientific study. Once these broken images are brought back together, the result is a maddeningly detailed photo mosaic study of the subject. 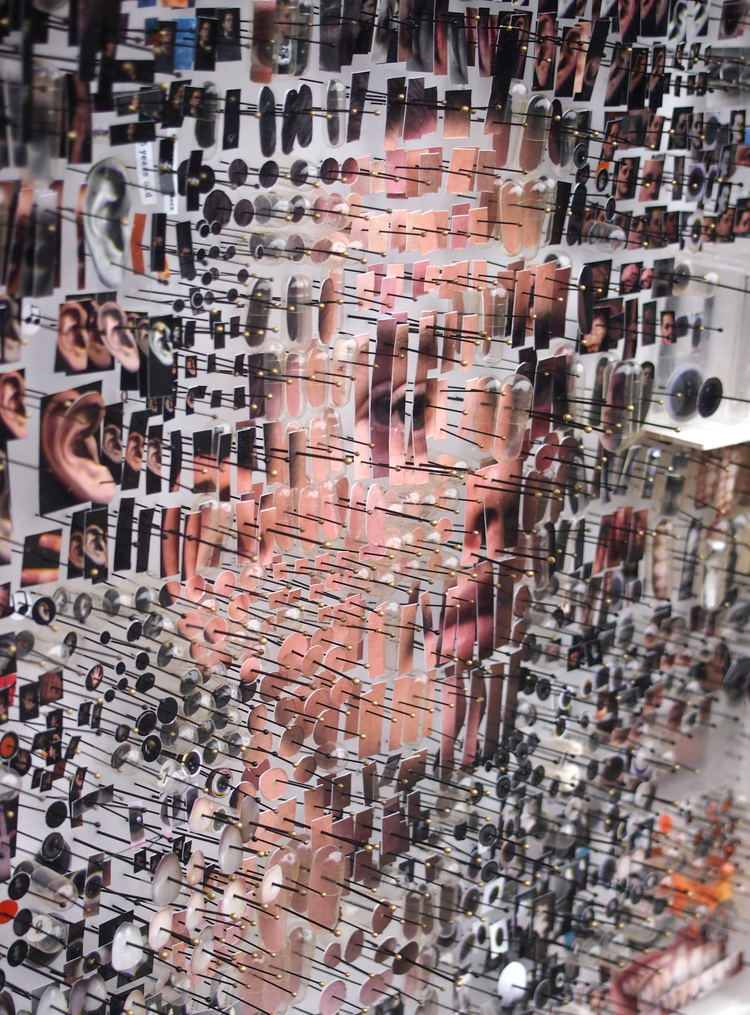 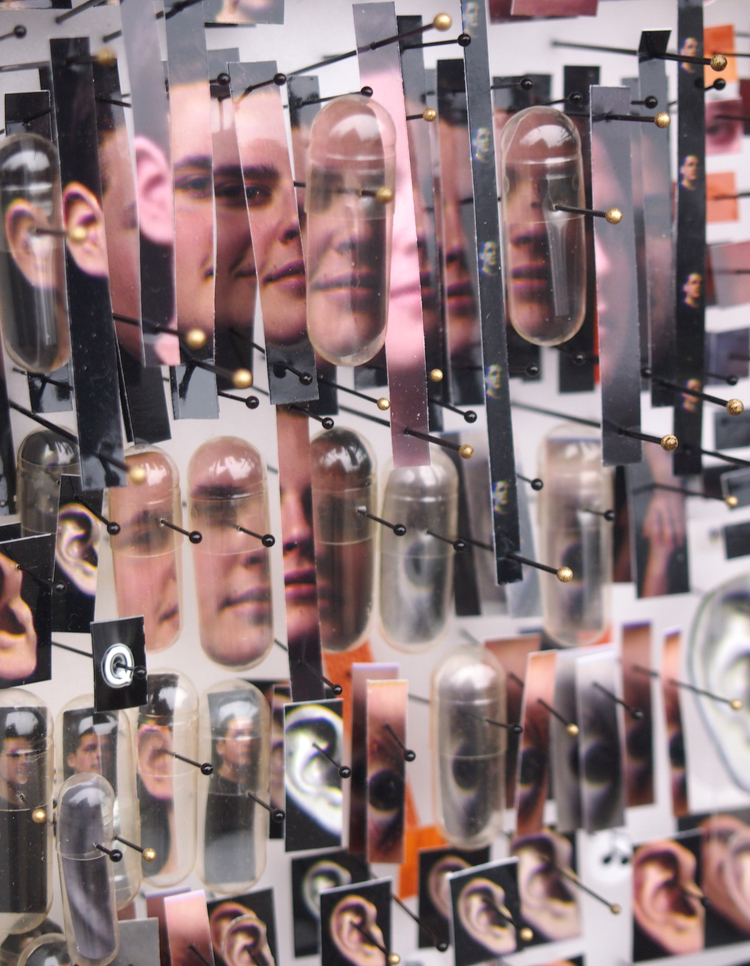 Each work consists of hundreds of sliced images dissected from a larger photographic image. These samples are then placed in various containers such as glass vials, plastic bags, petri dishes, or fastened to the backing with insect pins. Displaying these photo mosaic studies in specimen boxes adds to the scientific motif that runs throughout Mapes’ work. Mapes himself said, “Calling the human subjects by name would introduce a personal aspect that I don’t want.” This is an interesting statement. In my experience, art is meant to invoke a response, often in a very personal way. With Mapes’ scientific approach, it would seem that the audience is not meant to relate to the subject in away, but to simply study it. 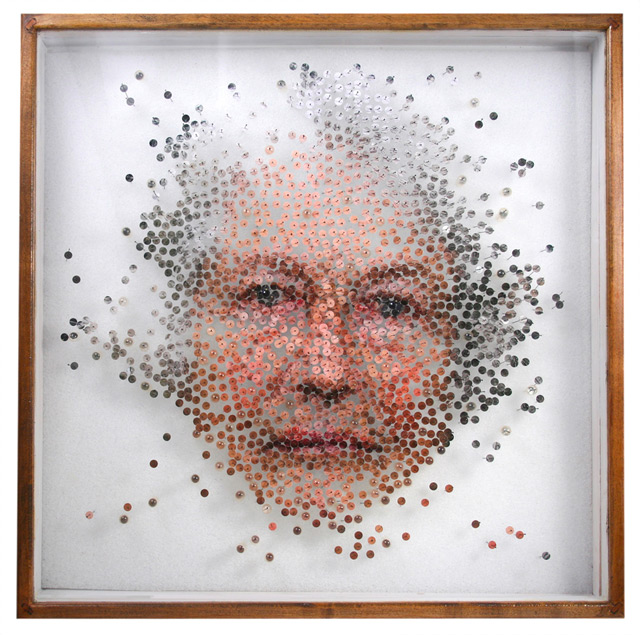 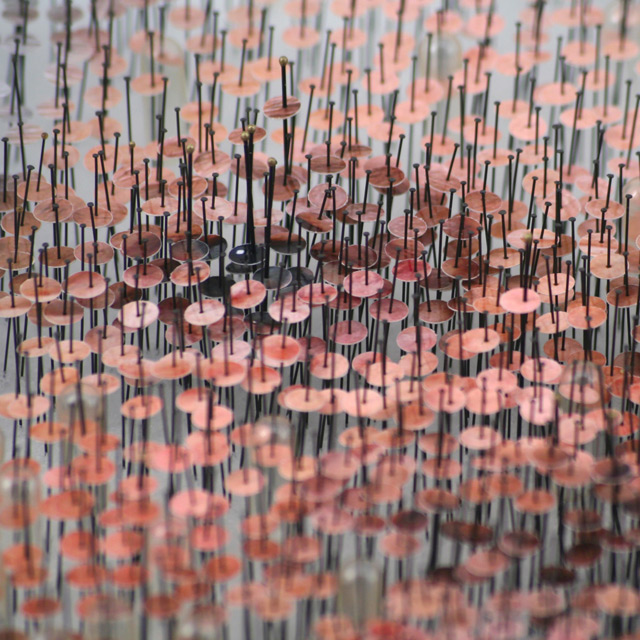